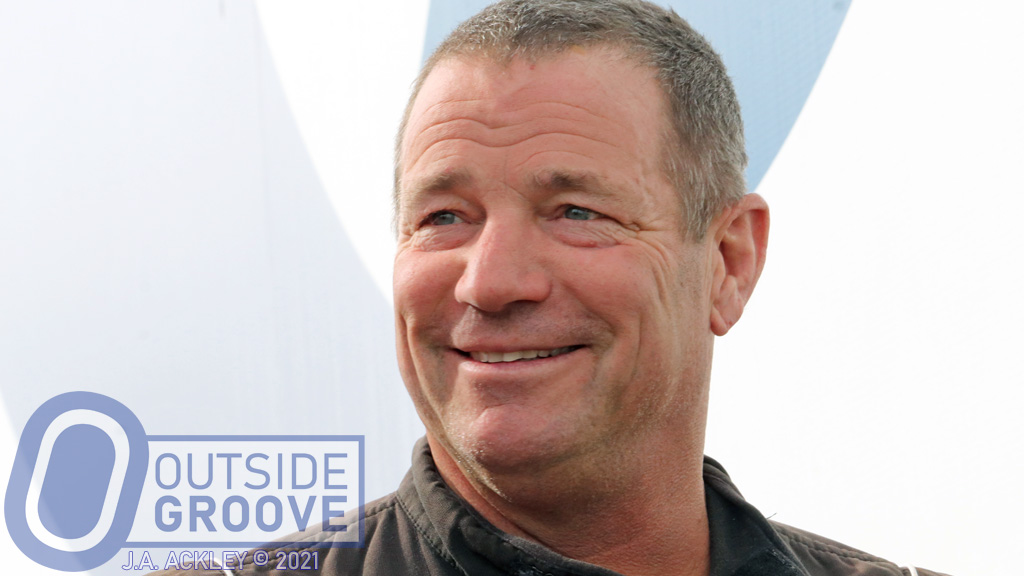 Bo LeMastus’ life revolves around racing like a vinyl record on a turntable. During the week, you’ll find him in corporate America as CEO of Crosley Brands, one of the leading manufacturers of turntables, radio, and jukeboxes, as well as furniture. On the weekends, you can catch LeMastus at the helm of some sort of race vehicle.

“The obvious question is, ‘Hey, man, why don’t you focus on one thing?’” said LeMastus, 58, of Louisville, Kentucky. “I kind of been there and done that, so I like the variety.”

LeMastus grew up racing motocross. He progressed to motorcycles on road courses and then to cars. From 2013 to 2018 LeMastus made 44 starts in the ARCA Menards Series. He also competed in the NASCAR Camping World Truck Series for one year in 2018.

He most recently competed in a dirt modified last weekend during the World Short Track Championship at The Dirt Track at Charlotte Motor Speedway. LeMastus has found dirt racing challenging.

“Out of anything I’ve driven, [dirt modifieds are] probably most difficult … just because it’s so hard to get seat time,” LeMastus said. “The tough thing with practicing dirt cars, let’s say I come here next week and rent the track. It’s not going to simulate the racetrack [what it would be like during a race night].”

In addition to his participation as a competitor, Bo LeMastus also sponsors the sport through Crosley Brands in several ways.

“I can look at so many series and so many different types of racing, and I can appreciate it,” said LeMastus. “We like to be involved in as many [types of racing] as we can be. More than anything, it’s brand awareness. Whether you’re making a decision on a stereo system or on a furniture set, it always helps to say, ‘Man, I’ve seen that brand.’ You can save all your money and do one Super Bowl commercial or spread it out. This sport I’m very active in … and I can weigh the vibration we’re getting. Thus far, I’ve been really happy with the throughput.”

Ultimately, one can consider Bo LeMastus just one big fan of motorsport, no matter what type of vehicle it is.