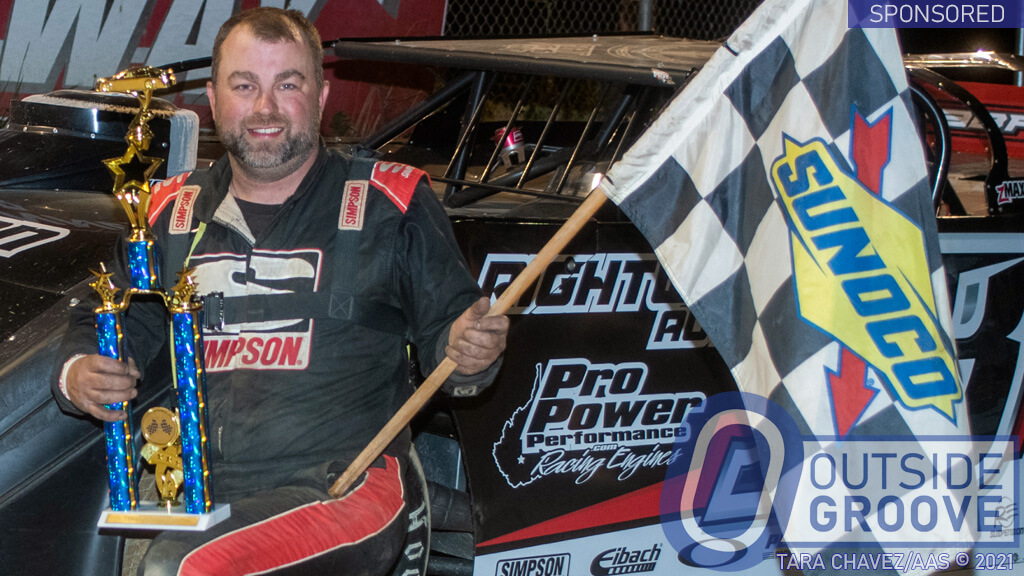 Beckley, West Virginia, native T.J. Salango has achieved quite a bit over the course of his 26-year motorsports career. He hopes to add another accomplishment to his racing résumé when the American All-Star Series Presented by PPM Racing Products rolls into The Mountain State this upcoming weekend.

“There are two things left on my bucket list —win a super late [model] race and win a tour race,” said Salango, 39, owner of an automotive repair shop, Rightway Auto, and a snow removal company, Rightway Services. “I’ve been close in other tour races.”

Regardless of those remaining bucket-list items, Salango remains thankful for the success he has experienced.

“I have three track championships and 41 feature wins” Salango said. “I’ve been able to run at [The Dirt Track] at Charlotte, my favorite track, and be competitive. I’ve been able to run a Lucas Oil [Late Model Dirt Series] race at Tyler County [Speedway in Middlebourne, West Virginia]. I got some bigger sponsorship help with zMax. I’ve watched my son [Trenton] race go-karts and move into street stocks. I’ve met great people, [including] my girlfriend [Candace Belcher], who loves racing and loves to go with me, which means a lot.”

This weekend, the American All-Star Series Presented by PPM Racing Products, races for $3,000 to win at Princeton on Friday, June 18. The following night, Saturday, June 19, they head to Beckley for a $10,000-to-win show. Salango plans to enter both. He said he’s going to approach the races just like any other weekly show.

“Every time I try to emphasize a big race, I usually run terrible — I get myself all worked up,” Salango said. “Of course, I want to win it — it would mean a lot to me. But, I want to approach it as a normal race.”

Win or lose, T.J. Salango enjoys his time at the races.

“We have a ritual, me and my tire guy, Adam Cooper,” said Salango, whose key members of his team include Cooper, Donnie Lafferty, and Gene “Papa” Lafferty. “Whatever we run, whether it’s 16th or first, we’re going to crack open a beer before we leave the racetrack. We’re either going to drink because we’re going to celebrate or drink because [we’re having a] pity party.”