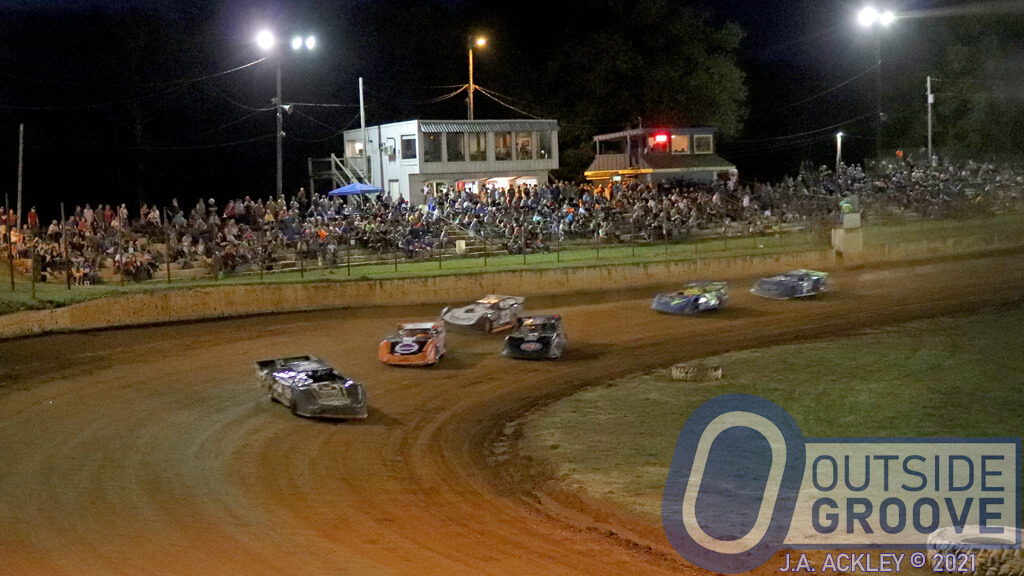 After being dormant since 2019, Sugar Creek Raceway reopened earlier this month. A healthy crowd witnessed the momentous occasion that featured the Red Clay Series 602 Late Models as its headliner. Racer Seth Wimpey spearheaded the effort, recently took over the promotional reins of the Blue Ridge, Georgia, oval.

“I live five minutes from there — I hated seeing it sit,” said Wimpey, 37, of Ellijay, Georgia. “We had a good first night. It’s probably one of the biggest crowds I’ve seen there since the ’90s.”

Tracks that sit idle for extended periods of time require significant work to get them back into race-ready shape. Luckily, the owner of Wimpey Enterprises, a custom pool business, knows how to dig around dirt.

“We worked [the dirt surface] for two weeks before anybody even got on it,” Wimpey said. “We added some dirt. We’re in the process of getting in some more [dirt for the surface].”

Not only does Wimpey know how to move dirt, he knows how to race on it. He already has two big wins, among others, this year. In January, Wimpey scored the 602 portion of the Ice Bowl at the Talladega Short Track in Eastaboga, Alabama. In March, he won a 602 A-feature during the Bristol Dirt Nationals at Bristol Motor Speedway in Tennessee. Wimpey looks to continue racing this year, too, when he’s not promoting Sugar Creek Raceway.

The track is located in the mountains, close to the border with Tennessee. Only 10 minutes away is Expedition: Bigfoot, a museum dedicated to the cryptid. Despite its remote location, Sugar Creek Raceway has many tracks only within a few hours.

“We’re going to race once or twice a month,” said Wimpey of Sugar Creek Raceway’s schedule. “If you pay money, people will come, especially if you pay in the back.”

Sugar Creek Raceway puts that plan into motion with its next race weekend Saturday, July 3, to Sunday, July 4. The Red Clay Series returns on Saturday and the Southern All Star Dirt Racing Series rolls in with their super late models the following day. The track plans to announce more shows as the year goes on.