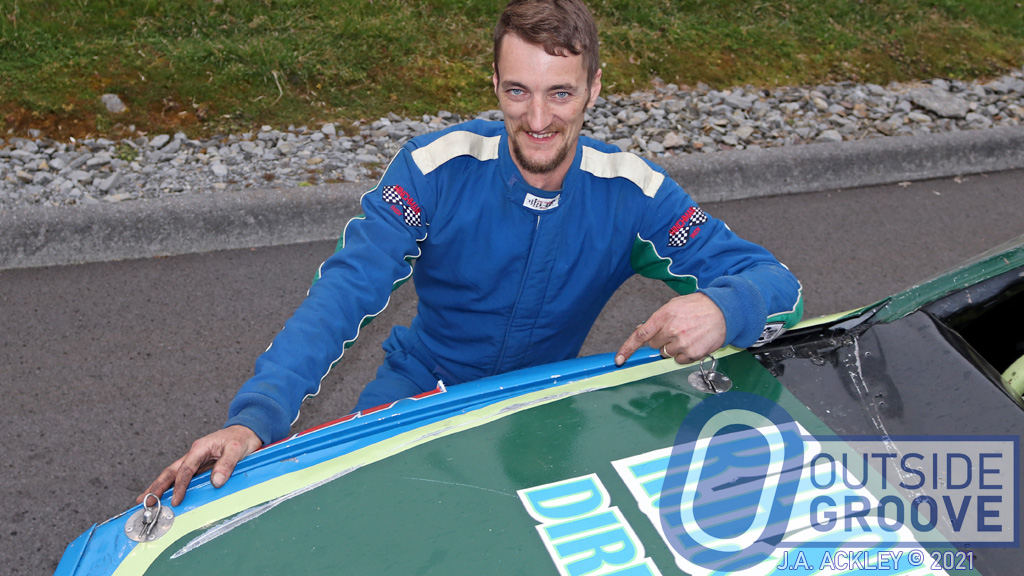 Hornet racer Harvey Yoder shares something in common with NASCAR Cup drivers Austin Dillon and Corey LaJoie. All three have experience on Bristol Motor Speedway’s pavement and now all three have taken laps on its dirt. However, even Bristol veterans such as Yoder can slip up. He found that out the hard way when he hit the wall during Saturday’s practice for the Bristol Dirt Nationals.

“The tie rod end came unscrewed from the rack and pinion, and [the car] shot straight to the wall — [there was] nothing I could do,” said Yoder, of Kenton, Ohio. “It made me feel a little better that it wasn’t my driving at fault, but I guess I should have checked the nuts and the bolts.”

When Yoder hit the wall with his 1995 Honda Prelude, something scraped the hood.

“I got lucky — it could have completely totaled the car,” Yoder said. “They took the SAFER barriers out. We only got two-and-a-half-feet [tall] of wall on the outside. [There was a] cut all the way down my hood — it had to be the bottom of the fence [that caused it].”

Yoder participated in all four of the Vores Compact Touring Series (VCTS) races held during the U.S. Short Track Nationals. On the pavement, he finished fifth (2017), 29th (2018), 24th (2019), and ninth (2020). He said racing on the dirt surface requires a different approach than what he took on the pavement.

“It’s a big difference [between pavement and dirt],” said Yoder. “Here [on the dirt], if you don’t get the back to come around, you’re probably ain’t going too fast. Some cars don’t get as loose, but I always like the back end of my car to come around, so you don’t have to put so much wheel into it.”

Nevertheless, the speeds at Bristol Motor Speedway, even in the hornet class on dirt, require racers to pay close attention to their safety equipment and suspension components. One weak link, as Harvey Yoder found out, can possibly result in catastrophe.