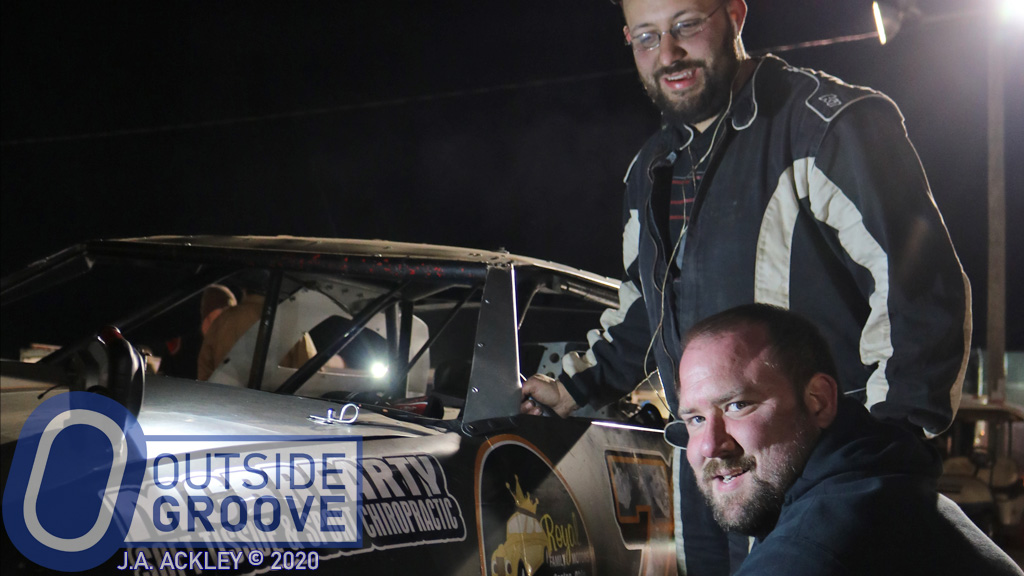 Driver Wes Staley and crew chief Dustin Broyles — a duo from Canton, Ohio, that dubs themselves “Team Deaf” — have won 19 features in front-wheel-drive competition since teaming up for the 2017 season. Their bond dates back long before that, though. Both attended the same elementary school, which offered education for the hearing impaired — Broyles is deaf and Staley is hard of hearing. Staley and Broyles lost touch when they went to two different middle schools.

Broyles loves cars and racing, and saw on Facebook that Staley raced.

“Dustin asked if he could help me [on my race car],” Staley said. “I said, ‘Sure!’ He was literally 10 minutes away from my house.”

Staley comes from a family who participated in motorsports, including his father, Frank, and his three brothers — Shawn, Cliff, and Cory.

Broyles was the first in his family bit by the racing bug. His initial experience working on race cars came in 2006 as a pit crew member for Shelby Township, Michigan, driver Brad Smith during the ARCA Menards Series event at Ohio’s Toledo Speedway. Beyond that, Broyles had never turned a wrench on a race car prior to joining Staley’ team.

“[At our first race], he gave me a notepad and a pen,” said Staley. “He signed to me, ‘Give me all the information you want me to do with your car. I’ll take care of it — all you have to do is hop in and go race.’ I was like, okay, this was a first. I always tried to do everything myself.”

“Last year, I blew my motor, but it was still running,” said Staley. “[Dustin] put his hand on [the engine], and he told me cylinder one is no good. We start tearing it down and we find that cylinder one was bad.”

The talents and skills Broyles provides is a key component of Staley’s success.

“A lot of people say the driver wins the race,” Staley said. “I say the pit crew wins the race. Yes, the driver needs to get the car up front, but if it wasn’t for my pit crew, I wouldn’t be up front.”

Broyles offers something more than elbow grease and mechanical aptitude.

“After we rolled the car [this season at Wayne County Speedway in Orrville, Ohio], I was bummed out, because money is tight,” said Staley. “Dustin keeps me going. He’s like, ‘We’ve got this.’ He keeps pushing me.”

Wes Staley said some of those with normal hearing find it shocking that he and Dustin Broyles, a team of hearing-impaired people, can race successfully.

“They don’t think we can be like normal people,” Staley said. “They think we can’t get a top-five or top-10. We prove them wrong.”