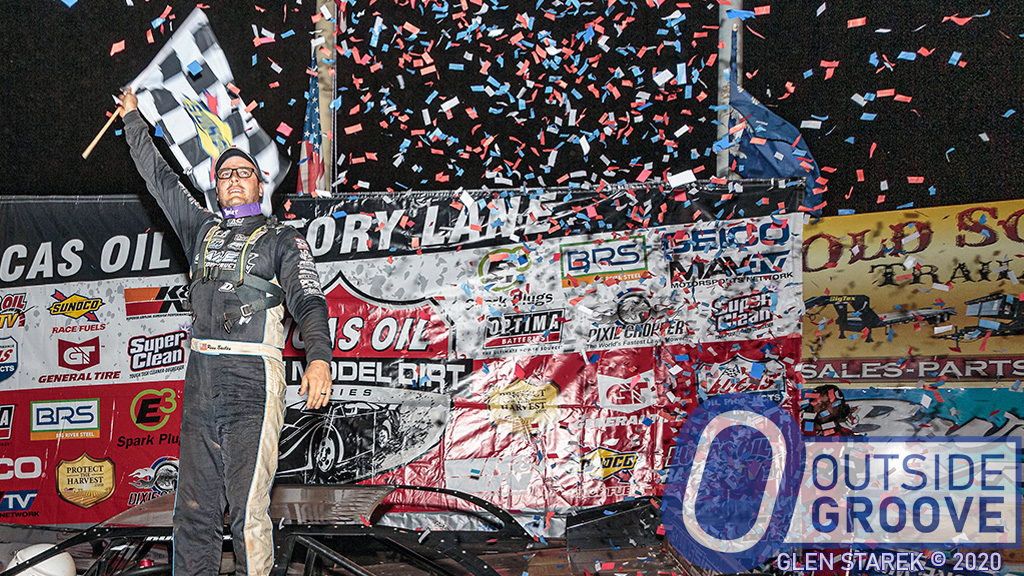 Ross Bailes relished his hard-earned victory after an intense battle with Brandon Overton during the Lucas Oil Late Model Dirt Series feature at Cherokee Speedway in Gaffney, South Carolina. Bailes had many reasons to celebrate.

His wife, Constance, joined him in victory lane. It was her first race back after giving birth to their son, Jordan, two weeks earlier.

He beat one of the hottest drivers in dirt late model racing — Brandon Overton — on the last lap as Overton fought a tire going down. Bailes had finished second to Overton three times this year — twice at Screven Motorsports Complex in Sylvania, Georgia, and once at Lancaster Motor Speedway in South Carolina.

“I got sick of running second to Brandon,” said Bailes, who had started from the pole. “We went back and forth for the lead throughout the race. The track became one groove at the end. Lapped traffic required some split-second decisions to be made. You couldn’t go high or low without losing speed, but you had to make a move.”

If Overton wasn’t enough, the Lucas Oil Late Model Dirt Series brought some of the sport’s toughest drivers to beat.

“A Lucas Oil win is hard to come by,” Bailes said. “When you start on the pole, it adds pressure because you want to make sure you don’t make a single mistake.”

Winning in front of a packed house at his home track made the win that much sweeter for Bailes.

“I grew up racing there … and probably have more laps around the place than most of the drivers there,” said Bailes, who’s from a little over a half hour away in Clover, South Carolina. “To see that big crowd cheering after racing in front of empty grandstands earlier this year was quite a feeling — one I won’t forget.”