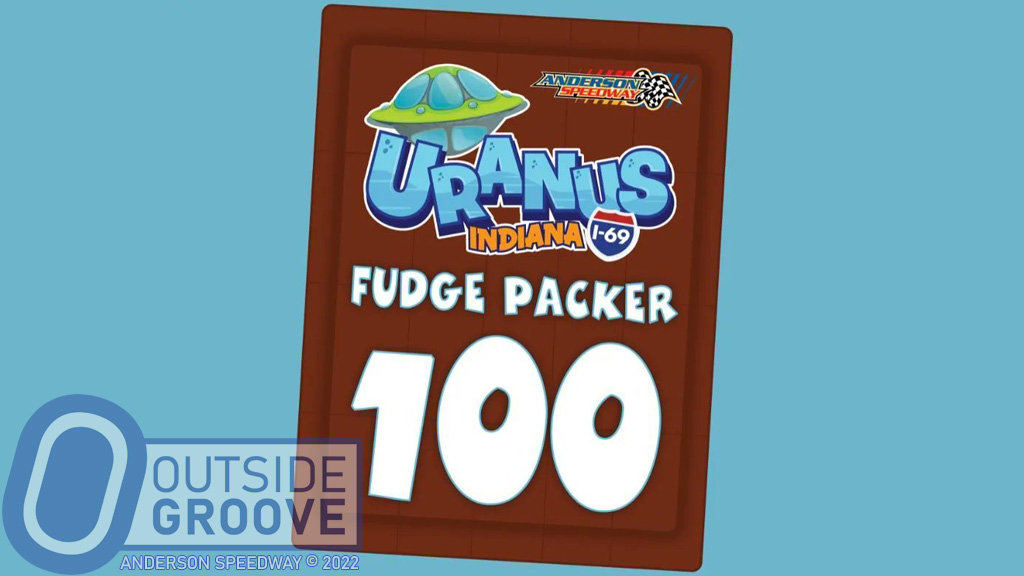 On Saturday, August 6, the Jegs/CRA All-Stars Tour heads to Indiana’s Anderson Speedway for the Fudge Packer 100 Presented by Uranus Fudge Factory. Yes, this is real. The Uranus Fudge Factory, based in St. Robert, Missouri, it claims that “The Best Fudge Comes from Uranus!”

The St. Robert, Missouri, candy store is one of several tourist attractions of Uranus, Missouri. Its brainchild, Louie Keen, dubs himself “Louie the Mayor of Uranus.” He goes by the motto, “If you want to be famous, you have to show off Uranus.”

Of course, the swag draws customers in for a taste of Uranus. The store offers fudge, chocolate, ice cream, flavored popcorn, and “Redneck Nuts.”

“Good’s had been supplying ice cream to the speedway for several years, so we asked Uranus if they could continue the relationship,” said Jared Owen, Vice President of Operations for Anderson Speedway. “We were looking for a sponsor to help us build this event up. It is an important event as the CRA is attracting the younger generation of drivers who will someday move up to the [ARCA/CRA Super Series].”

The Uranus Fudge Factory enjoys its relationship with ¼-mile oval.

“Our owner, Louie, has a great imagination, loves everything about outer space, and has a unique sense of humor,” said Jenny Walden, an Anderson store Uranus Fudge Packer. “We introduced ourselves to the community and the ice cream truck has let people know we are here, and we are real. Since opening, business has been amazing.”

This Saturday, Louie the Mayor of Uranus and Miss Tiffany, the company marketing representative, will make appearances at Anderson Speedway.

Both the Uranus Fudge Factory and Anderson Speedway benefit from the relationship.

“Since moving into our community, Uranus has had a packed parking lot seven days a week — it’s a big deal that they are here,” Owen said. “They are also giving back to the community. Watch for some cool promotional videos on Friday and Saturday.”