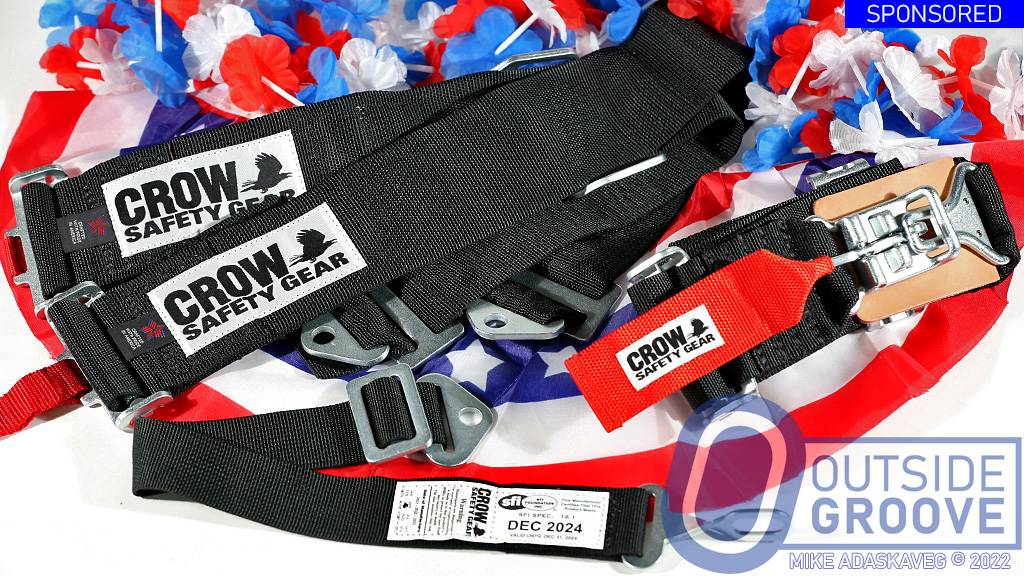 Computerized sewing keeps the stitching exact on all the company’s restraints. Crow prides itself with meticulous perfection in sewing all of its products, including pull tabs, Velcro harness pads, and arm restraints. They do not only build restraints for racing, but also for UTV and sand cars as well as for RV and Sonic aircraft.

Fred Crow, a former SFI board member, has dedicated 50 years of his life to keeping racers safe. A father of six, Crow’s also a racer and an engine builder.

When a customer calls the “Crow’s Nest,” they speak with a Crow. No recordings. No extensions. That call goes directly to a Crow, and Fred answers the phone himself.

Fred’s wife, DeEtte, worked as a publisher for Petersen for more than 25 years before joining Crow Safety Gear. Among her many accolades include Goodguys Woman of the Year, SRMA Person of the Year, and originator of Rod and Custom’s Americruise.

The company offers both latch and link (duckbill or standard) and kam locks to secure belts for five-way racing restraints. Racers can choose from 2″ or 3″ lap belts. Other options include pull-down adjusters, ratchet adjusters, bolt-in or clip-in lap belts, dogbone shoulder belts for head-and-neck restraints, and wraparound or bolt-in options. The company can make restraints to order, too.

Outside Groove Note of Transparency: Crow Safety Gear paid for the production of this article. The content was subject to their approval.