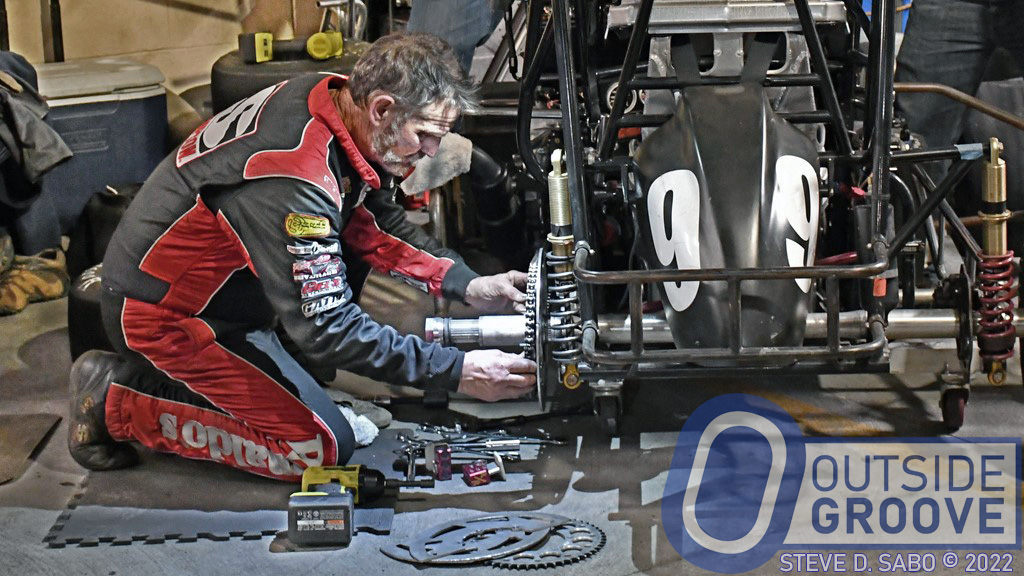 Over the course of his 48-year driving career, Frank Cozze has driven in a variety of divisions. However, he never steered a TQ midget — that is, until last weekend. Cozze competed with a TQ for the first time during the Indoor Auto Racing Championship event at the PPL Center in Allentown, Pennsylvania.

“I didn’t know what those cars were — all I knew was that they were small,” Cozze, of Wind Gap, Pennsylvania, said. “I have been racing since 1974, and I never drove one before, though I watched them many times.”

Bob Schultz invited Cozze to race his TQ midget the Thursday before the race, after Schultz became sick.

“It took me one complete day to figure out where I was on the racetrack,” said Cozze. “We only had three laps of practice. I thought the cars were faster. But, when things happened on the track, they happened quicker than they would on a big track. Then, the car seemed really fast.”

Cozze found out quickly how different the TQ midgets on pavement were compared to the Northeastern-style modifieds on dirt he typically races. He wrecked in his first heat race, knocking the injectors off the car. Cozze’s team repaired the car in time to make the B-main, but he failed to qualify for the feature.

“On dirt, you drive into the corners hard, get turned, and get on the gas quickly,” Cozze said. “With these cars, you have to be more precise. You can’t be a little off. If you shove the nose, you’re a sitting duck. Someone will drive up under you and in the next turn you’ll be the loser.”

Sitting in the TQ midget and working on it felt foreign to Cozze.

“You put your left leg around the engine,” said Cozze. “You sit in a strange position which doesn’t feel normal. In the pits, I was working on a car that I didn’t know anything about. I had to change gears by moving the engine over. Never did that before, but I learned how to pretty quickly.”

“[Anthony] was great, but it was hard to pick his brain because we were both dealing with our cars,” Cozze said. “When we were in the same heat, that really screwed us up. He couldn’t watch me to see what problems I was having. It was hard for him to babysit me.”

After his first experience, Frank Cozze would like to give indoor TQ midget racing another try.

“I wish I can do it again,” Cozze said. “Like when they started racing dirt [modifieds] on pavement, the first year I was terrible — I was overdriving. The next year I settled down and did better.”